Reversing Stationing on an Alignment

When working with station equations on an alignment, it is possible to reverse the direction of stationing on the alignment.

To achieve this, you will need to identify the location of the change in direction. In the example below I have used the station 205+00. If an actual equation does not exist at the change of direction then the user should use the changing station as both the BK and AH stations. 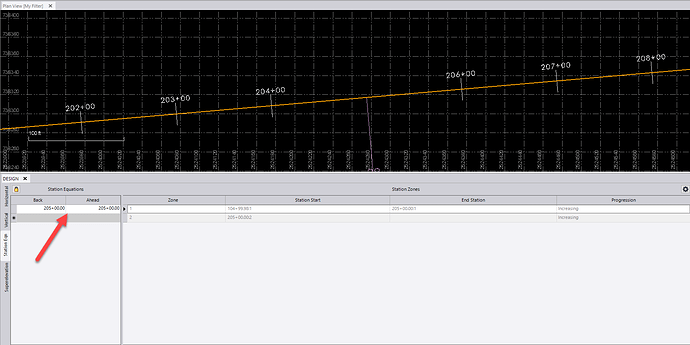